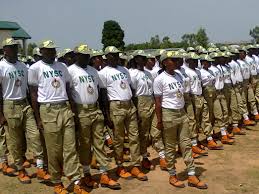 It is very ironical that Nigerian students from the first day they are admitted into the university look forward to nothing but the day they get to wear their NYSC uniform and “serve” their motherland. But while anticipating for this day, they hardly think of the suffering that awaits them, which is what I want to discuss.

I don’t think it has ever been recorded that the training that Nigerian corpers receive during the orientation camp has made an automatic military personnel, neither has it been recorded that corpers are taken to any military base to serve for one year. If this has never been the case why then will corpers go through such rigorous training only to end up serving in a place where those skills are not really needed. Someone mentioned that they are teaching people how to survive and the question I have for the person is “will I be in that training if I was dead?” Obviously not. My point is, I’ve been surviving before I got there.

Recently a friend just posted on her pm on how the rigorous training of these soldiers have hospitalized three people in her camp with one critical case. What in God’s name will be explained to the parents of these corpers? That the children they have trained in university for 4 years or more were simply trained to be almost killed by the Nigerian NYSC orientation camp? Or their children went trough all the stress of Nigerian education system, with carry overs and strike only to end up in hospital when they decided to pay the ultimate price of service? Well no explanation is acceptable, and I think Nigerians should look into the orientation idea… Of what use is the orientation camp if it is not relevant to where I’ll be posted in the next one year? Why can’t you orientate me on things I’ll face in wherever I’ll be posted to, which is usually in the teaching sector. Now I’m not saying all the skills there aren’t useful, but these soldiers should be sensitive enough to know people that can’t continue after a while, after all they were never soldiers… At least not everyone can conveniently deal with such trainings.

So please, this should be looked into… We didn’t suffer for 4 years and more to want to continue the suffering in a system that will not even recognize your service to it. Corpers deserve better, and if you people believe it’s a survival skill acquisition program, then let it be by choice to an extent, after all survival is by choice and not by force.