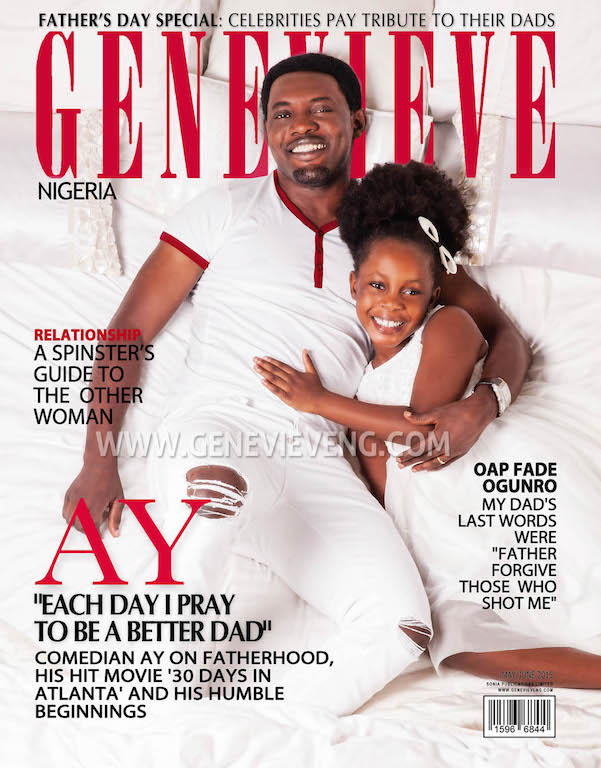 Celebrity comedian Ayo Makun, popularly known as AY and his daughter cover the May/June 2015 issue of Genevieve Magazine in commemoration of this year’s Fathers’ Day.

The top notch comedian takes us on a journey into his life; his early struggles, his first hint of success, fatherhood and his movie, “30 Days in Atlanta”. In the same vein, on air personality, Fade Ogunro reveals her dad’s last moments, his passing and how his death changed her.

In a one on one interview, Uti Nwachukwu talks to us about his sexuality and the prevalent rivalry and competition in the media/entertainment industry while Grace Egbagbe, Dolapo Oni and Noble Igwe pay tributes to their dads.