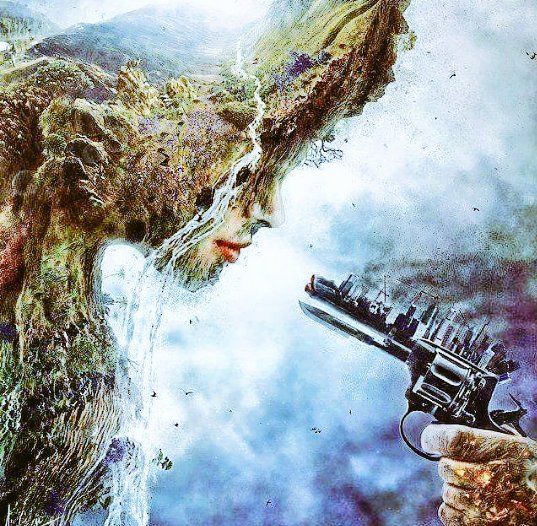 We’ve all heard of mother nature and its features of love and sacrifice, just to mention a few. But I guess we have never considered the fact that this mother of ours can become exhausted from her tireless “givings” and can one day be killed by our lack of care.

We Killed Our Mother by Beordoon is an eye opener poem that brings to life the true nature of mther earth and how selfless she has been. It portrays the effect of industrialization on nature and how our lack of the understanding of our every act kills her further. But despite her selfless nature and how exhausted we have made her, we still aren’t satisfied, rather we still want to see what goodies her corpse after death can produce.

The poem cuts across diverse issues such as the insatiable nature of man, the selfless nature of earth, depicts how giving without receiving or proper care of what you give out can end up killing you, and how we should learn to pay attention to those things we benefit from.

In terms of language, the poem is well adorned with proper diction and a strong use of  personification and hyperbole. Though it lacks rhyme and regular verse pattern, it’s didactic nature and ideology makes up for that and more.

This poem can also be seen as a good use of synecdoche as the poet uses woman to fully illustrate the feature of earth and its present condition.