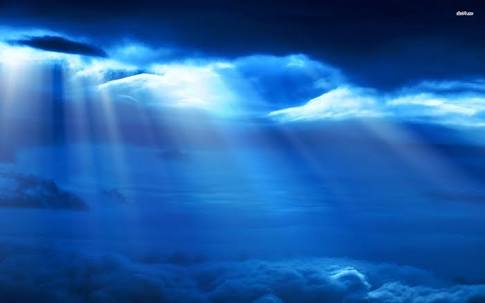 This article came not the way I intended, but the way the inspiration came. Trust me, I tried removing some parts, thinking, “hope nobody will take offence in this or that”, but whatever I want to remove, or even scrap the whole piece out altogether, a voice in me kept saying, “be true with your words, and don’t let My words be void”. So I decided to let it be. To let every words coming out stay. To let them remain and by God’s grace show someone that at the end, no matter what, God is all you have, and  He deserves ALL the glory you give.

So here we go with today’s morning inspiration…

I have come to understand that God loves us too much to let us down, while we also love him, the difference is just that we let him down, at least sometimes. Making Him withdraw from us instead of releasing His beautiful blessings to us.

Some of us have made what God gave us our god and we have forgotten that there is a God.  The thing God gave us isn’t and can never replace God. When I say we have taken it as our God, I don’t mean we pray to it, what I’m saying is we give it all the attention that is supposed to be reserved for god. We revere and worship these things. We handle them like they’re the only thing that matters, but the truth is, what happens once you lose that thing?

That’s a good thought to hold on to. We shouldn’t allow things we own start owning us. Things we’re meant to control, start controlling us. I was once a victim of that lifestyle with my novels. I could literally kill for them. I take them everywhere I go, even let it stay beside me when I sleep. Whenever I wrong at home, my sisters will threaten to throw them away, and I would cry for Africa and be the best sister at that moment.

A lot of people told me I was addicted to these novels, but because of the negativity the word “addiction” carries, I always refuse that glaring fact. Until one day I had to face the addiction for what it is. Did I mention that it was mostly romantic novels? I came to terms with the fact that I wasn’t gaining any pleasure with it again, I was reading them for reasons I couldn’t even explain, because every new story is like one in whose page I’ve lived before… too familiar.

Knowing myself very well, I do not like being controlled by a thing. So the thought of this thing controlling me, giving people something to blackmail with, was just all shades of wrong. So once I  came to the realization of my “romance novel addiction”, I started giving out the books without asking the borrower to return, so when they don’t, I don’t bother asking, but some I asked, especially some that felt like bestsellers to me.

So I didn’t want to be controlled by something I owned, but that was because I realized I was being controlled. Some of us don’t know we’re being controlled. Some of us has even gone as far as making some humans our God. When they tell us to jump we ask how high! We do their biddings like that our life’s purpose. We live and breathe for them. Now I’m not saying we shouldn’t be loyal to people, or be a dependable protégée to our mentors, but we should learn to identify the thin line between admiration and worship.

Some of us  allow others to be God in our lives while these “gods” we now have understand the place of God Almighty in their lives, so they pray to Him while we pray to them. How funny are we? Some of us feel our success is dependent on the success of our bosses or mentors. That their connections determine how far we would go in life, especially when we’re loyal to them. But I’m here to tell you that you have to let such ideology go because your success is dependent on God alone, and whoever you’re privileged to meet, He made you meet the person.

The fact remains that, whoever you know, that has all the connections in the world, and because of that you feel your future is assured, one day, you’ll get to that point where that person will turn back and make you feel they made you. They might not mean any harm, but the truth will remain.  This is not to say we shouldn’t allow people help us, because I think I always have to clarify that. I just want us to understand that God uses these people to help us, it is not just in their power, they are beiung moved by a divine directive in your favour. So when you give thanks, before you think them, think and thank God.

So all I’m saying is just let go. You’ll be shocked at the things you’ll accomplish when you do. God doent share His glory. He will certainly bless the person you look up to, because that person has Him to thank, and maybe the person will throw his/her leftovers toi you, but trust me you deserve better than leftovers.

Theres a popular saying that a child who washes his hands well will dine with kings and great men, but the truth is, if all you did is wash your hands, they’ll still see you as a privileged servant who is having a once in  a lifetime opportunity to dine with them, and when they’ll get their pens ready for autographs when leaving. You have to be more than just a clean hand, you have to be more than respectful. Your clean hands should be accompsnied with with confidence, not pride. Confidence in who you are, and that should come from the understanding that you have a God who is the one in charge of your life. You’re noy a lapdop of one king to be thrown bones to, but kings and queens in your own little zone, so own it.

This is not to say we shouldn’t work, or be a good protégée to our mentors, but it is for us to know that our help comes from God almighty alone. Our promotions, or stipends, or bonuses doesn’t come from your bosses, it comes from God.  Directly from God. When He promotes your boss, He answered your prayer to be promoted. He moved your boss BECAUSE He wanted to move you. So thank God for that. Give Him ALL the glory, not your boss.

Let’s stop allowing creatures like us be our creator. Let’s let go of everything that is trying to control and box us. For some things we might not be able to throw away, let’s give it space or minimize our usage of it. Let’s allow God take the wheel in our lives with us sit the passenger’s seat, and every other thing at the back seat, depending on its usefulness, if not, throw it in trunk where it belongs, and let go!