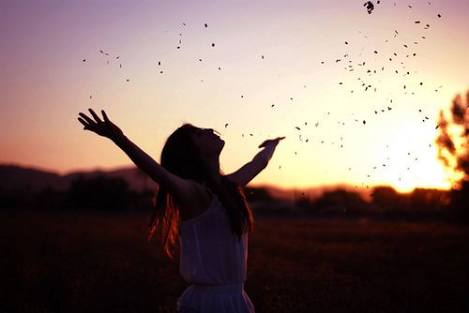 I know, my wishes came on late but what can I say? I’ve been sincerely thinking of a better way to wish you a happy new year. So happy fruitful new year ☺.

So its a new year and everybody is acting all brand new which is a good thing, but it is just me or this feeling of brand new is beginning to feel like a cliché,  like it’s a must for everybody to feel this way because it’s a new year… guys, please is it compulsory?  Obviously no, but this contagious feeling has been passed on indirectly to everyone which I believe is sort of a good thing.

Since this is a new year, I’m sure we all have our goals and resolutions put together, feeling all brand new and ready to start afresh, leaving 2016 and some unnecessary baggage behind. But this is my harsh reality check to you, you can’t leave behind what you haven’t been able to deal with.

You can’t drop in 2017 what you couldn’t deal with in 2016. .. that ain’t happening.  It’s a new year doesn’t guarantee a new you if you haven’t been able to deal with the Old you. It’s a new year doesn’t mean everything 2016 is forgotten. Truth is, there’s no afresh button to your life, there’s only a refresh button, and when you RE-fresh something, everything doesn’t disappear,they’re simply less jam-packed, more flexible or easier to work with. When you refresh your computer, everything doesn’t wipe off does it? Ezakli my point. When you find out you can’t use some icons on your computer or a created file isn’t displaying, you refresh for it to come up. Because refresh doesn’t mean you’re starting afresh, it means you’ve been boosted to move further, it means you’ve taken enough vitamins to handle things better than last time,meaning you might still be faced with some things from last year, but the new YOU is how you’re dealing differently the same old thing.

So is the “New year,New Me” just really a cliché? I think that depends on you and how New you want to be. The new year gives us this feeling of “Old sins have past away” and we can start again, which I think is okay, but let’s not forget that this new you isn’t because it’s a new year. You have to consciously want to be new and better. You have to consciously take things with yourself better than you used to. The new year doesn’t come with a power you don’t have. It comes with the power and aura you give it. You can’t say it’s a new year, and you continue your old way in same approach thinking it would yield different result. God doesn’t reset your ideology,principles or attitude because it’s a new year. That decision is something you have to make and keep to it. It’s something you have to make and follow through.  It’s another cycle of 365 days, you are the one to determine how it would turn out after it takes it route in circles… would it be with you sleeping your days off or forcing yourself each morning to go out and be better than your yesterday,  because the truth is, everyday is a new day, and we can as well maintain the excitement of “New Year” everyday, not seeing it as an opportunity to start again,  coz you can’t always be starting again na… lol, but you can see it’s an opportunity to do better than you did yesterday,you can see it as an opportunity to continue in better path what you weren’t able to complete yesterday,so basically this is a continuation of life, especially if you’re on the right path in your life. If you’re not, then you have to make conscious effort to draw a new plan for your life and work towards ending that chapter in your life.  Sometimes we draw a plan for ourselves and we procrastinate it away, read what I wrote on that, and  why you shouldn’t.

Every year we plan on being new and we find ourselves talking about this new selves, new projects, new life we want to live but we don’t really live it. We talk about it from January to December and when achieving it becomes almost impossible for that year, we either drop that goal, or carry it over to the next year.

Procrastination is a stealer of time, it makes you talk about what you want to do than actually doing it, and doing it isn’t Moi-Moi, it takes your conscious effort to make it work. When we procrastinate and don’t achieve these things, we start feeling like maybe those things aren’t what we’re meant to do anyway, but rather we forget how our lack of commitment to anything can make it crash and burn.

So yes, this is a new year,  and I want it to be better for me. Now this means consciously being better than I was last year with a lot of things ranging from my blog, (which i have to stop being lazy about) to my relationships, my work, my career,  my happiness, and so on. So while the “New Year, New Me” isn’t supposed to be a Cliché,  even thpugh some peole are already making it that, it can only be a reality when you make it work… so why not start now?
P.S – i’ll love for you to drop a comment on what your thoughts are concerning this issue, how many times have you planned to be new but you find yourself going back to that old you? And for those that were able to stick to their new selves,  how did you do it?! I’d love to know… ☺