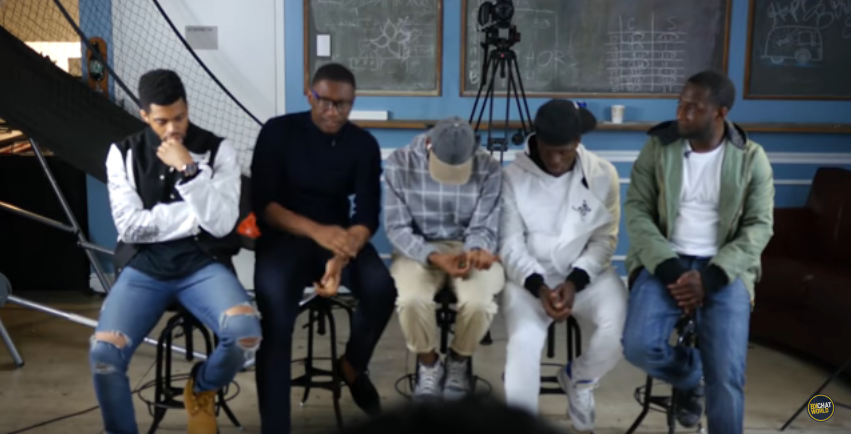 It’s pronounced Back Chat and it has been going on for a while now.

The first BkChat happened in London where interesting casts such as Riva, Lucas, Chioma, Nunu and many more gave us heated conversations like we don’t always see on YouTube except for political videos where politicians don’t agree on how to share the national cake.

Well, another season of BkChat is back and this time it is going down in New York City! The first episode of this season talks about infidelity; forgiving and forgetting about it. Hmmm! Now how many of you would actually do that? Forgive a partner that cheated.

Well, the views of all the cast members sort of cover the views of the general public and all their views are well understood, but what is quite hard to accept is Bukola. I don’t like the fact that because she did wrong doing wrong is now acceptable, looks like she might do it again. I feel you forgiving someone shouldn’t be dependent on the fact that the person forgave you before. If you’ve always felt such an act was wrong, then you still have that feeling and because you fell off the wagon of your belief doesn’t now make it right or acceptable overnight.

Anyways, that’s my two cents on Bukola’s POV. Do watch it till the end and tell me your favourite cast(s). For now, I am loving Nneoma, Franni, Osaze, Adaeze and how sweet she sounds in but I’m not so sure about Idris because he wasn’t really stable, although he made valid points, he was contradicting himself for a while. Stop with the spoiler!